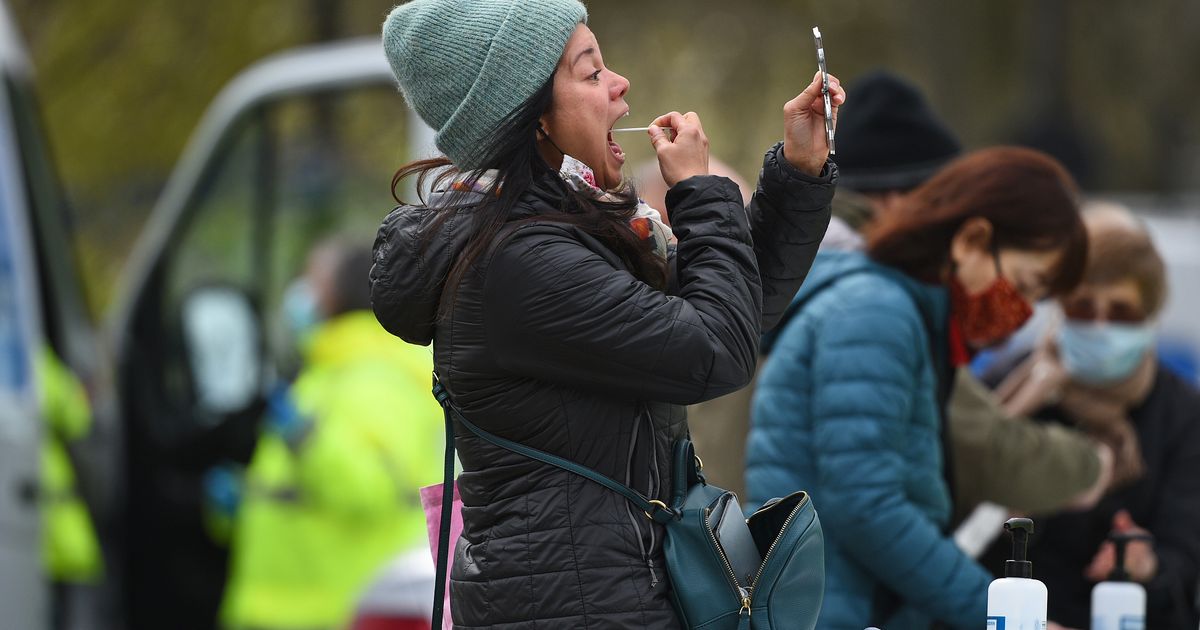 Surge tests are to begin in parts of Birmingham after a case of the Covid-19 variant identified for the first time in South Africa has been confirmed.

The Department of Health and Welfare said the patient was “self-isolated and his contacts have been identified”.

Health officials added in a statement, “Initial research shows this case is unrelated to a case previously identified in the Birmingham and Sandwell areas.”

The tests are aimed at households in the Alum Rock, Glebe Farm, and Tile Cross areas.

According to the government website, 600 people in the UK were officially infected with the South African variant of the coronavirus – but this was based on numbers as of April 14.

This is unlikely to be an accurate representation of the mutation’s spread, as hundreds of thousands of people have been swabbed during previous rounds of surge testing elsewhere in the country. In addition, it can take days to obtain genomic sequencing from samples. The process is the only way to determine which variant of the coronavirus someone is infected with.

Other areas where cases of the South African variant have been found are the London boroughs of Barnet, Harrow, Hillingdon, Lambeth, Southwark and Wandsworth.

The South African strain is classified as a “Concerning Variant” – the most severe classification issued by Public Health England – due to fears that it is less susceptible to vaccines and could spread more easily.

The DHSC said anyone aged 16 and over who is contacted from the new areas “is strongly encouraged to have a Covid-19 PCR test,” whether or not they are symptomatic.

For those who test positive for a key variant, improved contact tracking is used, which looks back over a longer period of time to determine the transmission path.

In the meantime, anyone with symptoms will be encouraged to book a free test online or over the phone.

And the government is urging people to continue to do rapid lateral flow tests twice a week along with any PCR surge tests they have done.

Last week, surge tests were introduced in the city’s Ladywood, Jewelery Quarter and Soho districts after a single positive case of the same variant.

At the time, the city’s public health director, Dr. Justin Varney: “Testing is an important part of containing the spread of the virus.

“This new variant from South Africa poses a new risk. It is therefore important that all adults in the affected areas use this range of PCR tests in order to quickly contain the spread and identify further local cases.

“There is financial and practical support for those who need to test positive and isolate, as well as for their contacts. It is important that we all do our part to meet this new challenge.”

Viruses often mutate naturally, with more than 18,000 mutations discovered during the course of the Covid-19 pandemic, the vast majority of which have no effect on the behavior of the virus.

How El Salvador and Nigeria are taking different approaches to digital...

can Northern Ireland trust in Truss?

the legal problem of having one rule for some, another for...

It’s a myth that we’re too ‘soft’ on serious young offenders...